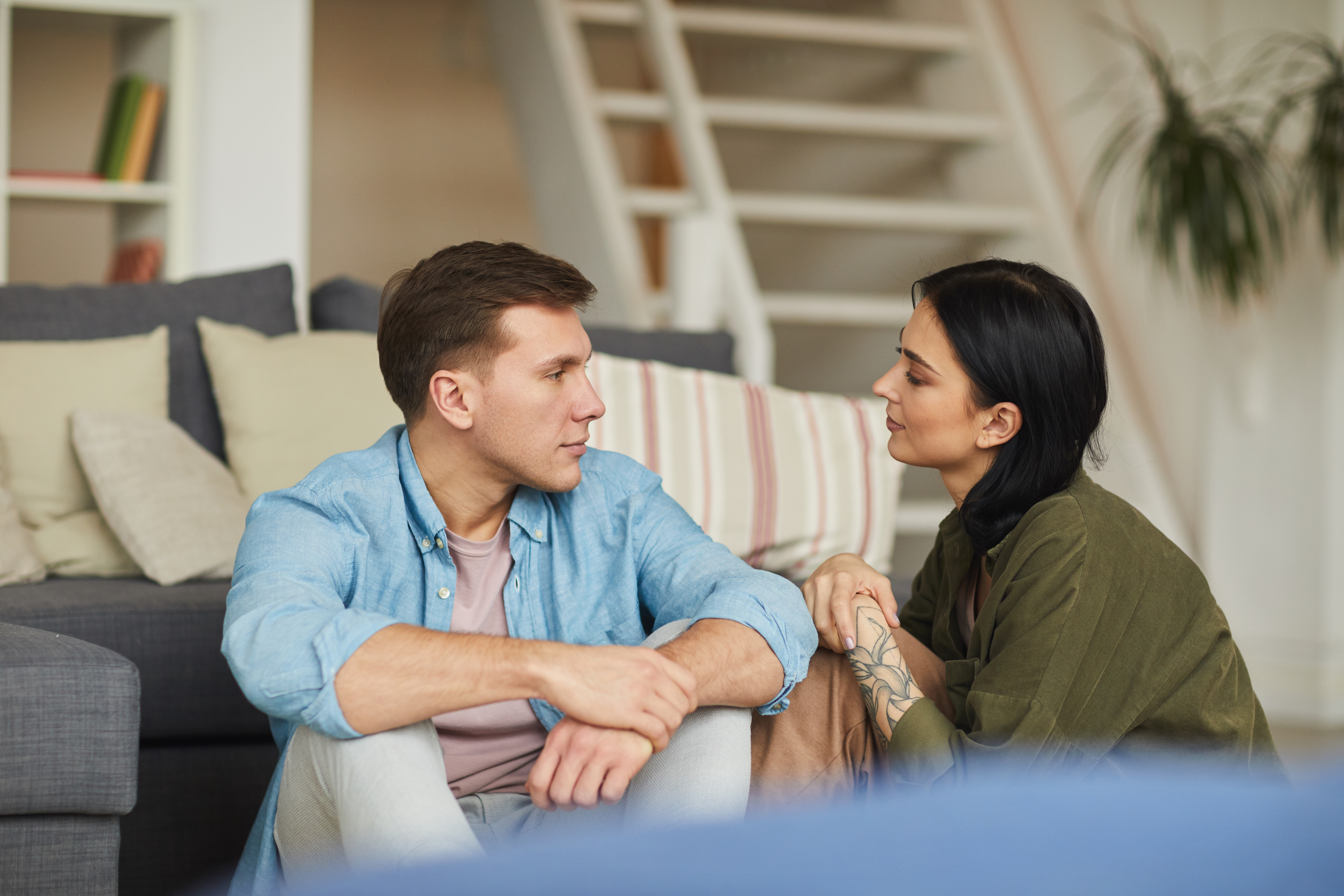 When childhood trauma presents as part of couple distress.

Imagine a couple in their late 40’s, they have teenage children. The presenting problem is described as a parenting problem. Helen (not her real name) reports that when the kids are arguing, yelling, playing loud music or rumbling – making thumping noises, Tony (not his real name) “over-reacts”.

Helen describes it like this: “He yells at them, tells them they are ridiculous and screams at them to stop.  He begins to hit himself in the head and eventually leaves the house and is gone for hours.  Once he gets back he is silent and angry and I feel like he is blaming me.”

Tony says “ I don’t know why I do it.  I just can’t think!  My brain doesn’t work.  There is something wrong with me.  It’s like my brain is full of fog and I feel panicked by the chaos.  I can’t control anything.”

During the individual assessment Tony discloses he is the youngest of 4 boys and his nearest siblings are 8 and 9 years older than him.  He reports his parents separated when he was 7 years old and he and his next two siblings stayed with his mother whilst his eldest brother moved in with his father.  Tony describes the household from this point on as full of violence, yelling and noise.  He reports regular fights between his brothers that often involved punching, and furniture and walls being damaged.  He reports his mother being unable to control things and often being the target of his brothers’ verbal abuse.  He says his memory is not good and he doesn’t remember details, just a general impression of a loud, chaotic and unsafe household.

During the first intensive therapy session (over 3 hours) Helen says she would like to talk about a recent event when Tony “lost it” when their 15 year old son had returned home late from visiting with friends and had engaged in an aggressive yelling match with her.  She reports she looked for Tony to support her but that he had “disappeared” she eventually found him in the garage on the floor with his head in his hands sobbing.

Tony reports that hearing his wife and son screaming at each other he “just couldn’t bear it any longer” and had to get out.  He reports he felt panicked, helpless and afraid.  He says “My brain just seemed to shut down and I couldn’t make sense of anything, I just had to get away.”

The therapist’s hypothesis is that there is an emotional link between Tony’s perception of these fights and his childhood trauma.  The first step is to ‘surface’ the trauma, in other words, make it known and explicit to the couple.

The Gottman Rapoport was introduced and the couple were asked to discuss the topic “My experience of big emotions.”  Tony is asked to speak first.  He describes again what happens in his head when he feels overwhelmed with his own or another person’s emotions.  He is asked if he can remember the first time he experienced this.  He goes very still and his face goes pale.  Gently he is coaxed to share what is happening.  He shares that what came to mind was that when it was just his mother and his two older brothers and fights would erupt his mother she would be screaming and crying, she would be full of rage one minute, telling them all to “get out”and then would be sobbing with grief the next, and pleading with him not to leave her.  As a young boy all he wanted was for it to stop.  He didn’t know what to do, he felt helpless, alone and useless.

As he tells his story, Helen shows compassion and empathy.  This begins a new bonding experience for the couple.  Tony no longer feels alone with his distress and Helen begins to develop a new understanding of her husband and to become more emotionally attuned to him.

The trauma has been surfaced.

The next step (2) is to help them make sense of their experiences.  The therapist provides the couple with some brief psychoeducation about the impact of trauma on the limbic system that leads to the trauma response.  This is personalised by linking to some of their lived experiences.

The couple are then invited to explore and repair (step 3) this in terms of the impact on their relationship.  They are led to explore their old perceptions and assumptions about those painful experiences.  Tony shares his own shame and fears of inadequacy and that he felt that Helen was growing to hate him and had convinced himself that she wanted to leave him.  Helen shares that she felt judged and blamed as a terrible parent because the children were acting like ‘normal’ teenagers in her view.  Repair of the past begins.

Needs (step 4) in the present are now introduced.  Tony shares his need as “I need to be reassured that I’m okay, that we are okay, that the kids are okay.”  Helen shares that she needs “To be trusted that she is always doing her best for them and the kids.”

The couple begin to plan (step 5) how they can navigate these fraught moments as more of a connected team.  They start to figure out how they will handle the trauma symptoms in the future.

This now moves into the realm of a perpetual problem in their relationship, one they will learn to dialogue about together continuously.  They will be supported in creating an ongoing management process that includes developing skills for self-regulation, regular conversations reviewing symptoms, experiences, needs and meanings.  This becomes part of the fabric of their new shared story.

To learn more about the treatment of complex couple presentations join us at one of our professional trainings for therapists.  CLICK HERE