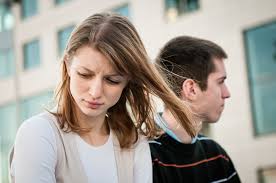 Infidelity in a committed relationship—can severely strain the relationship and the individuals involved. One partner’s affair can leave the other person feeling devastated, alone, betrayed, jealous, confused, and aggrieved. Sometimes, an affair ends a relationship, and other times couples are able to repair the relationship on their own or with the help of a therapist, often making the relationship stronger as a result.

So what causes infidelity? Studies indicate that although the majority of adults in the Australia and New Zealand (other than those in polyamorous or open relationships) generally expect sexual monogamy in their relationships, up to 20% will engage in extramarital sex at some point. Affairs occur for a myriad of reasons, that are complex and varied. Affairs can occur in happy relationships as well as in troubled ones. It can be difficult and sometimes impossible for the faithful party to understand their partner’s capacity to engage in an affair. And while the majority of affairs happen as the result of relational dissatisfaction, they also happen as a result of personal dissatisfaction and low self-esteem.  In such cases, the involved partner may be unaware of his or her contribution to what is lacking in the relationship. Satisfactory relationships hinge on reciprocity and a prolonged imbalance of give and take can easily lead to unhappiness. In addition to low self-esteem, reasons for infidelity include relationship deficits such as a lack of affection, or a social context in which infidelity is condoned.

In general, a successful relationship requires feelings of stability and security, physical and emotional intimacy, and companionship. When any one of these is deficient, one or both partners are likely to feel dissatisfied, and dissatisfaction in a relationship can increase the likelihood of infidelity.

Gottman’s research suggests that the “cascade to adultery” begins as little resentments build up leading to the development of unfavourable comparisons between one’s partner and a real or imagined other.   As these comparisons become more and more negative the desire to connect with another increases leading to the ‘breaking of bonds’ of trust and commitment.

Several different types of infidelity can occur in a relationship.

An affair might also combine sexual and emotional intimacy. This is generally considered to be a secondary relationship, and most would view this as infidelity.

What one person considers infidelity may not be considered infidelity by others. For example, a person might not consider his or her partner’s viewing of pornography to be cheating, while another person might consider it to be infidelity and experience feelings of inadequacy as a result of the disclosure.

The manner in which couples recover from infidelity will depend on how successfully they manage to process the emotional devastation and guilt that is inevitable post discovery/disclosure.  Gottman’s research indicates that a three phase recovery process provides couples with the best chance for recovery.  The phases of atonement, attunement and attachment require that the therapist carefully and safely hold the therapeutic space as a place where the couple can work their way through this often long and very painful process to recovery.

Although there are no steadfast rules for determining how quickly or whether a couple will recover from an affair, experts agree that healing can often occur within two years, though some couples may take longer to fully recover, while others can repair their relationship sooner. Again, there is no concrete timeline for recovery, and the length of time recovery takes is often directly related to what happens immediately after the affair is discovered.

Other factors that influence the recovery process include each partner's communication skills, tolerance for conflict, capacity for honesty, acceptance of personal responsibility, and attachment style. Just as each relationship is distinct from another, the process of recovering from infidelity will vary from one couple to another.

In the initial stages of therapy, the primary task is to establish safety and address painful emotions and traumatic symptoms. The therapist needs to manage and stabilize the emotional reaction to the affair, and also get a clear picture of the circumstances surrounding the affair.

Once safety has been established and emotions have been de-escalated through the phase of atonement, understanding the vulnerabilities for the infidelity and learning how to both express their emotional needs and respond to their partner’s emotional needs leads the couple through the stage of attunement.  Successful outcomes are closely linked to the development of empathy and hope in each partner— one of mutual exploration within a compassionate process that culminates in the establishment of a safe and secure attachment that holds the couple and the relationship together and inoculates it to future breaches of trust.

The specific strategies and interventions used to assist a couple through these stages are covered in detail in our two day Let’s Talk Infidelity and Trauma workshop.  More information can be found here.